The Sierra Nevada is Northern California's backbone, a relatively young, steep mountain range that, once traversed, is never forgotten 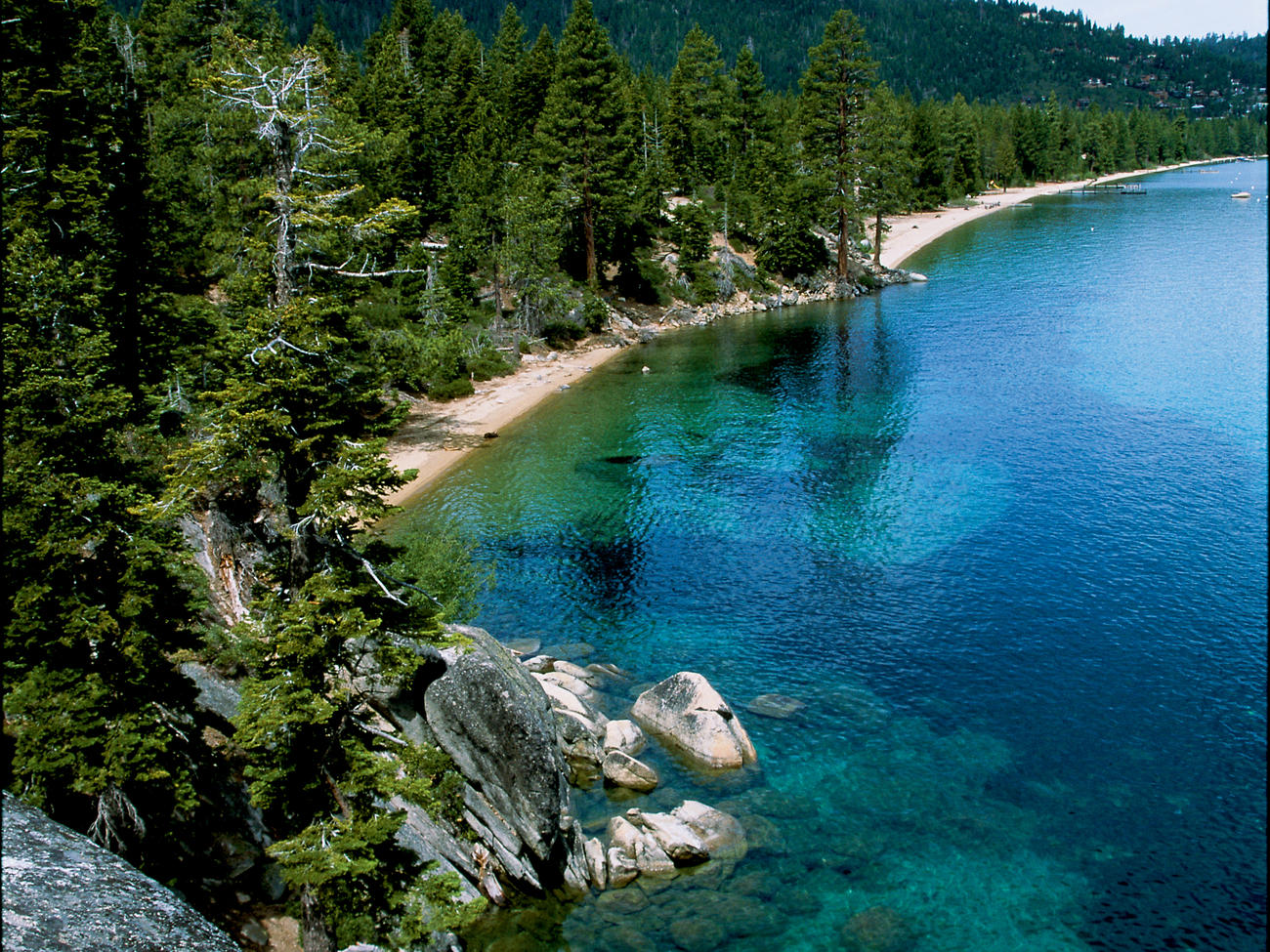 The Sierra Nevada is Northern California’s backbone, a relatively young, steep mountain range that, once traversed, is never forgotten.

We cross the Sierra on U.S. 50 at 7,382-foot Echo Summit. Frankly, it’s hard for the driver (me) to keep her eyes on the road, even though the shoulder is narrow and the drop sheer. The windshield fills with views of the mountains and then the blue jewel of Lake Tahoe. North America’s largest alpine lake, it’s 22 miles long and 12 miles wide, with 72 miles of shoreline.

Tahoe is a vacation world in itself. It holds a full summer’s worth of fishing, waterskiing, and sailing. But after our drive, all we want to do is get our legs moving, so we hit the Rubicon Trail, hiking above and along the lakeshore from D.L. Bliss State Park to Emerald Bay State Park, scanning the water.

We spot an osprey nest, a scraggly pile of sticks with a white bird on top and another circling nearby ― a reminder that as popular as Tahoe is among human visitors, natural inhabitants still thrive here. Leaving the Tahoe Basin, we head south along and across the Carson River, crossing Luther Pass and aspen-crowded Monitor Pass on State 89. Cresting Conway Summit, we gaze down into Mono Lake, which from here looks like a plate of burnished metal reflecting the black, brooding Mono Craters and the sheer walls of the Sierra Nevada to the west.

Shallow, salty ― 2 1/2 times as salty as the ocean ― and shadowed by eerie tufa formations, Mono is Northern California’s second-most famous lake; where Tahoe’s beauties are clear and obvious, Mono’s are more mysterious. The key to understanding it is to explore on it and around it.

My sister overcomes her nerves (“Are you sure we won’t tip over?”), and we sign on for a canoe trip led by a member of the Mono Lake Committee, a nonprofit organization that works to restore and protect the lake. Pushing off from the pebbly beach at Mono Basin National Forest Scenic Area, we paddle across waters teeming with tiny brine shrimp. The lake reflects the white tufa towers rising into a cloud-flecked sky.

“The tufa towers are awesome,” our guide, Geoffrey McQuilkin, says, “but so is the role this lake plays in the ecosystem.” He tells us that 80 percent of the state’s California gulls nest here. Mono is also a stopover for 1.6 million grebes and 75,000 phalaropes. “See those tiny birds moving on the water by that tower?” he asks. We swing our binoculars around to watch a phalarope, a white bird no bigger than my hand, paddling in tight circles on the water. His efforts create a powerful vortex, which sucks his meal of brine shrimp to the surface.

Glaciers and volcanoes shaped this landscape, and it still looks as if the fires just died out. We head off to hike to the rim of Panum Crater. The 1/4-mile trail to the top of this truncated volcano is steep and challenging, the sand sucking at our boots. But the view ― of Mono Lake dotted with islands and towers and the gray cones of the Mono Craters marching southward ― is worth it.

My sister and brother-in-law are suitably awestruck. Mary Kay says, “I’ve never seen anything like this. It totally blows me away.”

That night, over dinner at the restored 1922 Mono Inn, we meet Sarah Adams, who has given new life to this restaurant. In the upstairs gallery, Adams shows us her grandfather’s photographs ― some of Ansel Adams’s most iconic images of Yosemite and the Sierra Nevada.

Looking out over the lake, Adams says, “I think of Mono County as very wild ― as California’s last frontier.” We watch as Mono Lake turns pewter; a thunderstorm rolls through, shooting lightning bolts across the sky. “You have a sense of space and openness here that my grandfather would have loved.”

Bodie S.H.P.
Sun-bleached Bodie is one of the most complete ghost towns in the West. Listen to a history talk, or roam on your own, peering into furnished rooms that look as if the occupants have just stepped out. 760/647-6445.