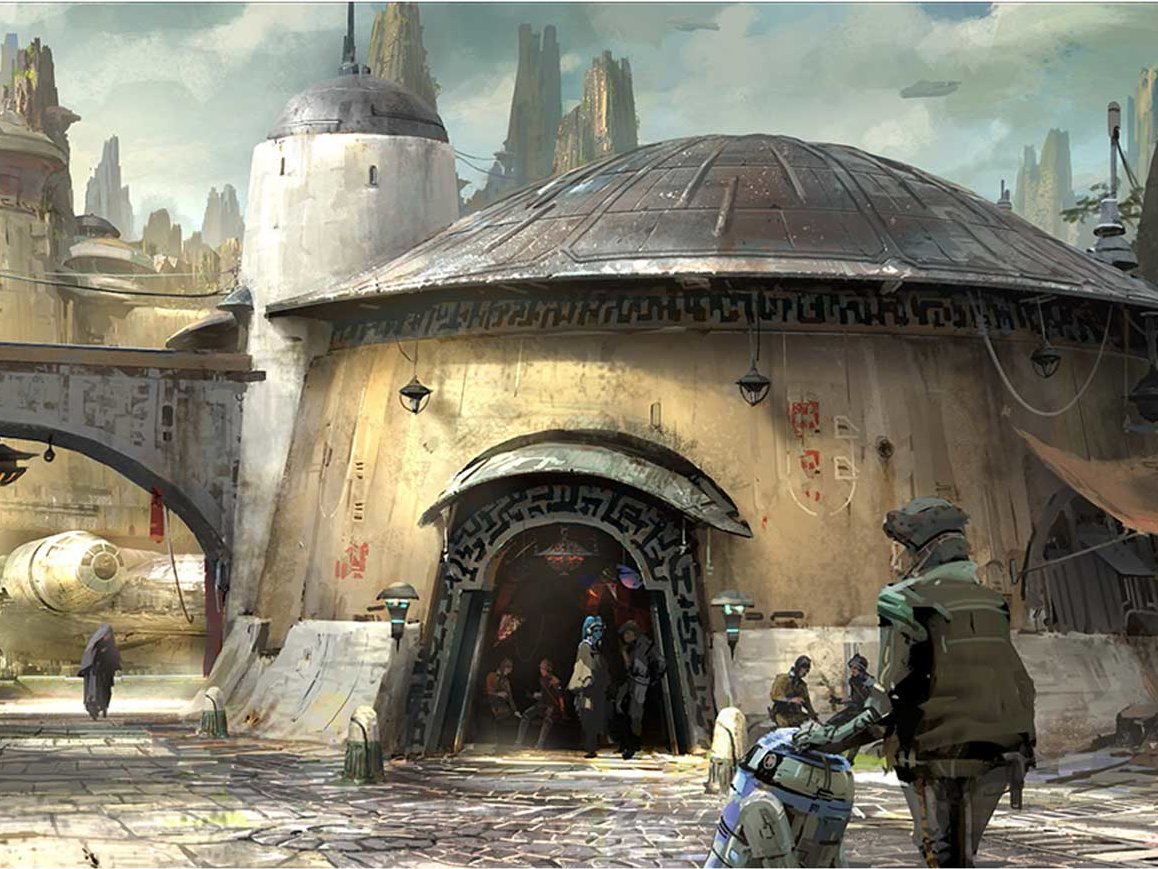 Written by Carlye Wisel, Travel + Leisure January 24, 2019
Share this story
It appears that the opening of Star Wars: Galaxy’s Edge is on the horizon — and approaching quickly.

The immersive, 14-acre theme park land at Disneyland Resort will officially open in June, according to a Barrons interview with The Walt Disney Company CEO Bob Iger. Walt Disney World’s version, located at Disney’s Hollywood Studios in Florida, is slated to open late fall of 2019.

What will guests find when they finally reach the far-flung fictional planet of Batuu? An open-air marketplace, filled with characters, shops and intergalactic experiences. Barrons cites that Imagineers visited Morocco and even Istanbul to lend authentic detail to the the shops and trading posts, which will be as themed as “Star Wars” movie sets themselves. Customizable droids that interact with the land — Barrons gives one signaling for nearby Stormtroopers as an example — are slated to be a hot-ticket item.

New details about the Millennium Falcon: Smuggler’s Run, the banner attraction that will allow fans to pilot the fastest ship in the galaxy, were also revealed. The ship will look and feel like the real deal — and, as anticipated, will seat six passengers for an intimate experience. Barrons also confirmed rumors that how you fly the ship will affect your time spent in Star Wars: Galaxy’s Edge land, and your reputation will precede you. Do a poor job (or a phenomenal one) piloting the Millennium Falcon and the shopkeepers and citizens of Black Spire Outpost — the “location” of Star Wars Land — will know. That’s right: for the very first time, your experience on an attraction can and will affect what happens while you wander around a Disney park.

Much of the soon-to-open land’s second attraction, Rise of the Resistance, is under wraps, but new details prove it’s shaping up to be just as thrilling, if not more so. Droid-powered vehicles will take passengers on a cinematic-like journey from a Resistance base to possibly escape from First Order denizens. Expect a bone-chilling meeting with Kylo Ren, an up-close encounter with AT-ATs and an army of fifty Stormtroopers.

The Millennium Falcon ride and Rise of the Resistance attractions will open at both Star Wars Land experiences at Disneyland Park in California and Disney’s Hollywood Studios in Florida. Oga’s Cantina, the bar serving intergalactic cocktails, will also open at both, but serve as the first bar in Disneyland to sell alcohol. No timeline or opening date for Walt Disney World’s Star Wars-themed hotel has yet been announced.