Nobody can deny that these ceramic birdhouses, sold at Potted Store, are breathtaking pieces of art. Heather Rosenman crafted these beau... 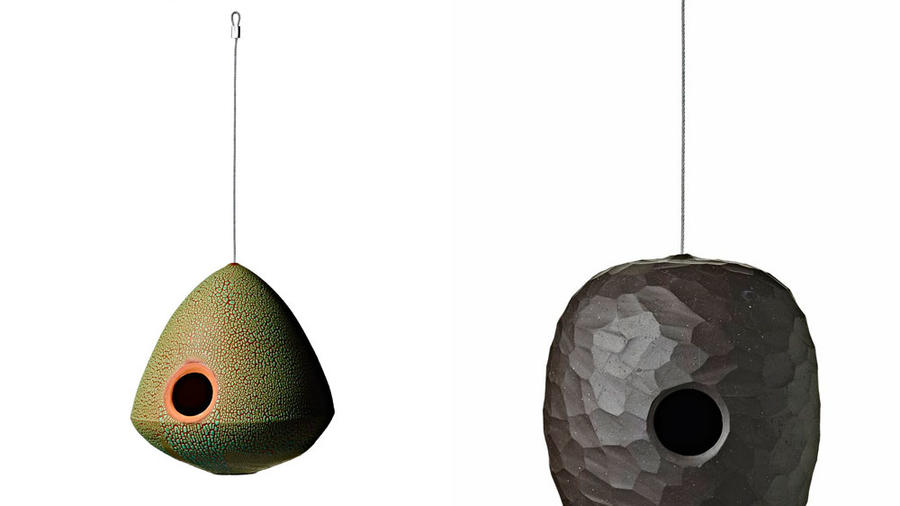 Nobody can deny that these ceramic birdhouses, sold at Potted Store, are breathtaking pieces of art. Heather Rosenman crafted these beauties to attract smaller birds, like chickadees and wrens, for $125 a pop. No doubt your feathery neighbors will thank you for this beautiful shelter—and the food you’ve left for them to enjoy.

Also, be sure to check out our complete list of holiday giveaways this season. You don’t want to miss out! Even though we’re halfway through, the next six days include some awesome prizes. I promise.

1. HOW TO ENTER: This contest begins 8:01 A.M. PST on 12/6/14 and ends 8:01 A.M. PST on 12/7/14. To enter online, go to https://www.facebook.com/sunsetmag or http://instagram.com/sunsetmag and follow instructions to submit your Facebook or Instagram comment. Limit one entry per person, per day, on each social platform. Sponsor is not responsible for lost, late, illegible, incomplete entries not received for any reason. Entries become sole property of Sponsor and none will be acknowledged or returned. By entering, Entrant warrants that his or her entry (1) is original and does not infringe the intellectual property rights of any third party, (2) has not been published in any medium or (3) has not won an award.

4. PRIZES AND APPROXIMATE RETAIL VALUE: Two Winners will each receive a Mod Pod Birdhouse by Heather Rosenman. Approximate Retail Value: $125.00. All other expenses not specified herein are the responsibility of the Winner. ALL TAXES ARE THE SOLE RESPONSIBILITY OF THE WINNER. The prize is awarded without warranty, express or implied, of any kind. Limit one prize per person or household.