Full disclosure: If stealing wasn't illegal (and wrong), I'd totally pocket these travel dominoes and call it a day. But, alas. These las... 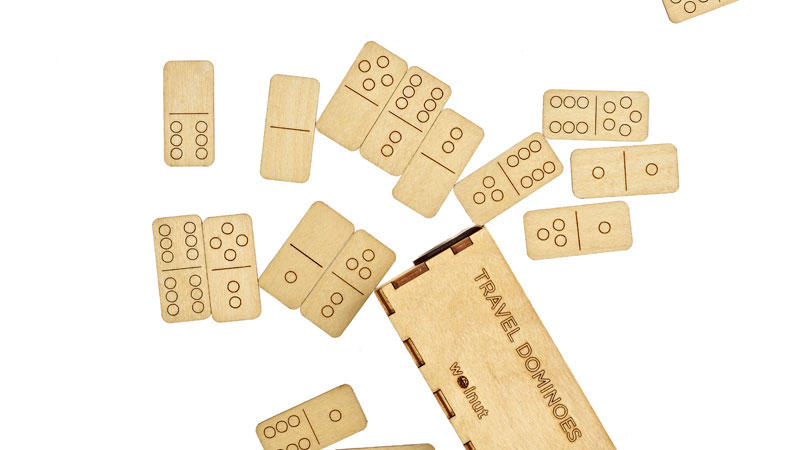 Full disclosure: If stealing wasn’t illegal (and wrong), I’d totally pocket these travel dominoes and call it a day. But, alas. These laser-cut beauties by Walnut Studiolo are being given away as part of our really, really cool holiday gift guide giveaway series.

(And for a complete list of other treats we’re doling out, check out our calendar.)

1. HOW TO ENTER: This contest begins 8:01 A.M. PST on 12/5/14 and ends 8:01 A.M. PST on 12/6/14. To enter online, go to https://www.facebook.com/sunsetmag or http://instagram.com/sunsetmag and follow instructions to submit your Facebook or Instagram comment. Limit one entry per person, per day, on each social platform. Sponsor is not responsible for lost, late, illegible, incomplete entries not received for any reason. Entries become sole property of Sponsor and none will be acknowledged or returned. By entering, Entrant warrants that his or her entry (1) is original and does not infringe the intellectual property rights of any third party, (2) has not been published in any medium or (3) has not won an award.

4. PRIZES AND APPROXIMATE RETAIL VALUE: One Winner will receive a Walnut Studiolo Travel Dominoes set. Approximate Retail Value: $35.00. All other expenses not specified herein are the responsibility of the Winner. ALL TAXES ARE THE SOLE RESPONSIBILITY OF THE WINNER. The prize is awarded without warranty, express or implied, of any kind. Limit one prize per person or household.