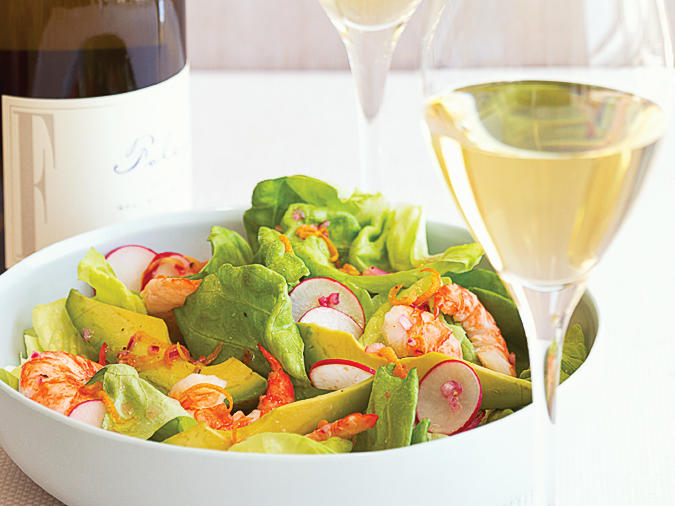 I found out something the other day: I like Chardonnay. I hadn’t bought a bottle in years, not being fond of the prevailing, oaky California style and not being able to afford good white Burgundies (those lean Old World–model Chardonnays). But the first stop in a day of tasting through the moody mountains between Silicon Valley and the Santa Cruz coastline changed my mind.

What I was really rediscovering was the impact a place can have on a wine. In an age of 100,000-plus case productions, we forget this. While the Gallo wineries of the world do make some fabulous wines unique to subregions and single vineyards, they’re expensive. What we mostly drink are their blends from broader swaths―and thus generic.

The Santa Cruz Mountains practically force character into wine. On the often-foggy slopes, the grapes ripen slowly. Marine air cools the vines at night, keeping acids intact (a good thing). Flavors mature in the grapes before sugar levels spike too high, allowing lower alcohol levels in the end. These are lively wines. And they’re mightily interesting. Mountain soil is often thin and stony, and this is a good thing too: Vines that struggle in poor soil produce fewer, better grapes, with more concentrated flavor. You can taste the mountain minerals when the winemakers have the insight to get out of the way.

The common stars of cool-weather climates are Chardonnay and Pinot Noir, and the Santa Cruz Mountains do them proud. But other varieties also shine here: Cabernet, very importantly (you haven’t lived until you’ve tasted a Ridge Monte Bello Cab), plus Merlot, Zinfandel, Syrah―more than 20 in all. Jeffrey Patterson, winemaker at Mount Eden Vineyards, admits, “Many people are suspicious of a region that can grow Chardonnay, Pinot Noir, and Cabernet.” He says it works here “because of the mosaic that the region is.” The range of elevations, orientations, and distance from north to south provides serious multitasking skills. But according to Paul Draper, winemaker and CEO of Ridge Vineyards, every grape is grown in the coolest possible conditions for ripening here, and that’s when it has the potential for greatness.

At a recent tasting with Draper and his staff―blending decisions were on the line―the classic character of their Monte Bello vineyard was the issue: firm acids and bright fruit, grounded in limestone. And in spite of the fact that one blind tasting produced a reversal of an earlier impression (good to know that even the makers of such a magnificent Cab are able to laugh at themselves), in the end they were unanimous about the formula that best expressed that character.

The Chardonnay I was drinking when I (re)discovered the mountain secret was a Bargetto. But it just as well could have been a Cinnabar or a rich Mount Eden―all lively, lean, and full of that stony mountain voice.

Syrah is the newest grape to watch in Washington State. Here is a handful we love.

DeLille “Doyenne” Syrah 2001 (Yakima Valley), $42. Dense black-licorice and dark-chocolate flavors swirl in this one. Expensive, but great for a special occasion.