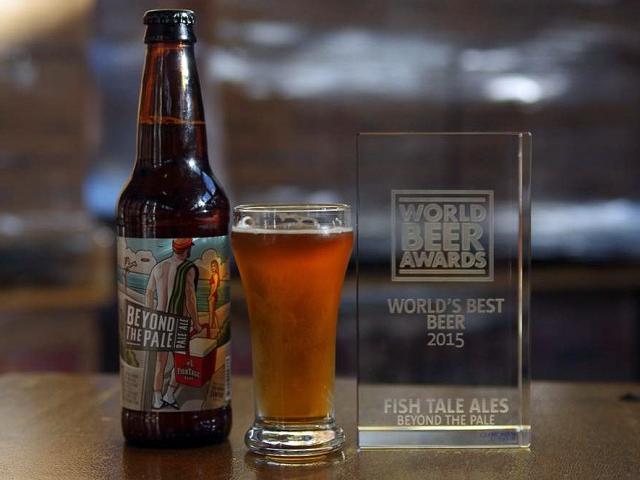 Beyond the Pale is not just the World's Best Pale Ale—though it won that award too. (Fish Brewing Co.)
Written by Kathryn True September 26, 2017
Share this story 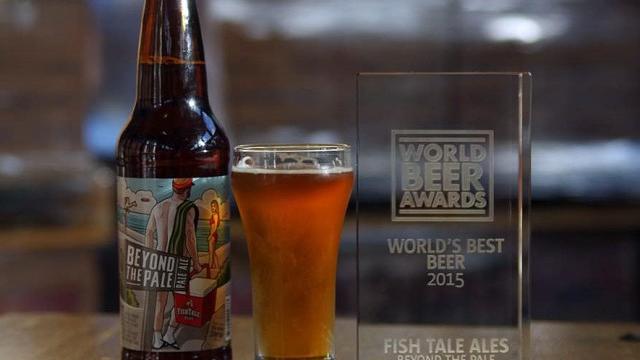 Beyond the Pale is not just the World’s Best Pale Ale—though it won that award too. (Fish Brewing Co.)

The world’s best beer is made in the Northwest. And that’s not just boastful brewers’ hyperbolic pride. Olympia, Washington–based Fish Brewing Company’s Beyond the Pale Ale was named the Best Beer in the World at the 2015 World Beer Awards, beating out more than 1,000 competitors from 30 countries.

That’s right, the original home of Olympia Beer—proclaimed the West Coast’s best brew in 1896—is still making beer history. “I thought it was a joke until the guy showed up with the award—I couldn’t believe we beat out so many other beers,” says Paul Pearson, head brewer for Fish, who has received calls from as far away as Europe and Sweden from people hoping to get their hands on a case of the winning ale. “They wonder, where is this Fish Brewing? We’re not super well-known and it’s nice to get a little exposure.”

Beyond the Pale is a medium-bodied ale that pushes the boundaries of pale ale expectations—with the bitter notes of an IPA. It starts off bright and fresh, then settles pleasurably on the palate with a finish framed by five harmonizing hop varieties: Chinook, Cascade, Crystal, Columbus, and Palisades. Pearson says one thing that sets this ale apart is the “hop back” process—where the beer is filtered through fresh, whole-leaf hops on its way into the fermenter to yield a hoppy flavor and aroma. 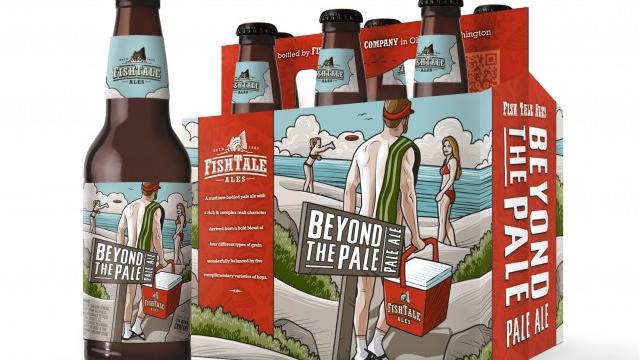 Beyond the Pale Ale is available in six-packs, 22-ounce bottles, and kegs throughout the Northwest. Where to buy: Find a retailer near you with the Fish Finder

Fish Brewing is also the parent company of the award-winning Leavenworth Biers (in Leavenworth, Washington) and Spire Mountain Ciders, fermented in Olympia. In addition to their brewpub in Olympia (the city’s oldest), last fall Fish opened a taproom in Woodinville, Washington, where you can sample all of their beers and ciders.

Olympia’s famous artesian well water (remember Olympia Beer’s slogan, “It’s the Water”?) may be part of the inspiration for breweries percolating up all around the South Sound. Beer lovers can chart their own tour of 15 local breweries, including Fish Brewing, Top Rung Brewing, and Three Magnets Brewing, Co., using the South Sound Craft Crawl.