This Pie Makes Every Other Holiday Dessert Look Boring

If you believe golden brown is the pinnacle of piecrust, you haven’t tried the vivid desserts Jaynelle St. Jean bakes at Pietisserie in Oakland, California. 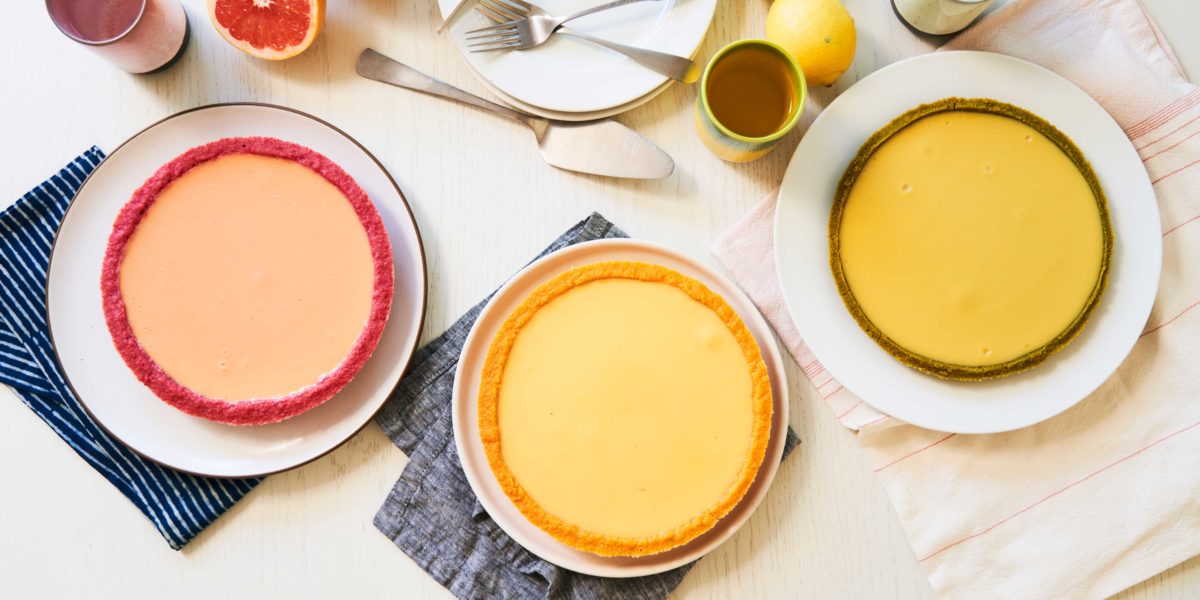 Jaynelle St. Jean’s pies are modernist works of edible art. Over the past few years, the Oakland-based baker has established herself as a design-minded deliverer of deliciousness with her bakery Pietisserie, which offers some 15 flavors in five visual categories. There’s the “cocoa” line of brooding dark crusts filled with contrasting dark berries and pumpkin; architectural lattice- and herringbone-topped “woven” pies; “open” pies, such as ultraviolet sweet purple potato; and the “pastel” collection featuring crusts dyed with beet, annatto, and other natural pigments, contrasted with yolky condensed-milk citrus fillings. St. Jean has garnered such a devoted following in the Bay Area that she announces her holiday pop-ups months in advance to give her customers a chance to strategize their dessert shopping.

St. Jean’s path to pie began after she left a career in public relations in New York to explore sustainable agriculture in Hawaii. She returned to the Bay Area and pushed pies at her mother’s house and an underground farmers’ market in Oakland from a nostalgic “country window” built with the help of a set designer. That country window evolved into an Oakland brick-and-mortar, and now the seasonal pop-up shops, the centerpiece of which is an 8-foot-by-8-foot mandala-like display case filled with her pies in a massive color wheel of baked goodness. “Pies are a neglected little part of Americana,” says St. Jean. “They’ve remained pretty basic and there haven’t been many updates.” But with flavors like chocolate cream and pretzel crust and banana chai, St. Jean hopes to lead a nationwide revolution of pie ingenuity. You, too, can do your part by trying your hand at a colorful crust and filling.

In the great tradition of citrus pies like lemon cream and key lime, this pie from Pietisserie’s Pastel line is super easy and will stand out on any holiday dessert table. The colorful crust requires you to first bake a large cookie that turns into the crumbles that make the crust.

Every Pie Recipe You Need, from Savory to Sweet and Everything In Between 24 Super Bowl Food Ideas to Make, Even If You’re Not Watching the Game