I spent last Saturday at the Häagen-Dazs Honey Bee Haven opening ceremonies in Davis, California. Not only was there plenty of bee lovers... 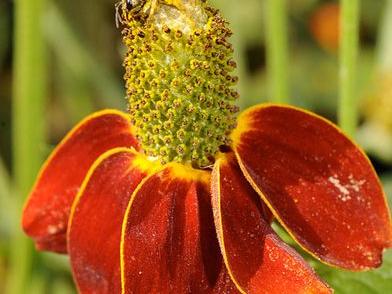 I spent last Saturday at the Häagen-Dazs Honey Bee Havenopening ceremonies in Davis, California. Not only was there plenty of beelovers talking about bees, but there was also free food: Häagen-Dazs ice creamand Gimbal’s Honey Lovers Candy were two of my favorites.

There was plenty of food for bees too. The garden had lotsof late-blooming plants that shimmered with all sorts of bees, flies,butterflies, and wasps all supping on plants like basil, catmint, and Mexicanhat flower (Ratbida). 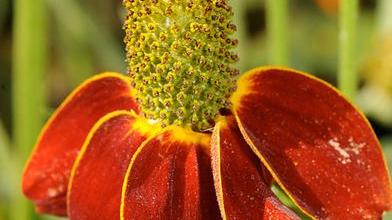 This garden has a special meaning for Häagen-Dazs. They have a reason to love bees. According to Dori Sera Bailey, Director of Consumer Communications for Häagen-Dazs, told us, “more than half of our 60 flavors of ice cream, sorbet,frozen yogurt and ice cream bars are what we call “Bee Built.”That means they’re made with fruits, berries and nutspollinated by honey bees.” You know what that means. If we don’t have bees, we’re not going to have raspberry sorbet or amaretto almond crunch.

According to bee specialist Eric Mussen, who spoke at theceremonies, we can all help bees and other pollinators simply by plantingflowers that will provide nectar and pollen, especially flowers that bloom inlate summer and fall. “You don’t have to worry about spring,” Mussen said.“There’s always plenty of food around then. Plant flowers that bloom in thelast third of the season.”

What to plant?The Pollinator Partnership has great planting guides tailored to variouseco-regions and information on blooming times.

The Xerces Society also has planting lists for different areas of the U.S., but concentrate on California.

Special thanks to Kathy Keatley Garvey for use of her beautiful bee photos. If you’d like to see more of her work, plus read about bees and other bugs, check out the UC Davis entomology blog, the Bug Squad.